Highlighting this Summer’s Interns – Thank You!

This summer we were lucky to have hosted an extraordinary group of interns as part of our team. We’d like to thank each one of you, not only for finding ways to provide value to our clients, but for becoming such positive influences to the ARV community. 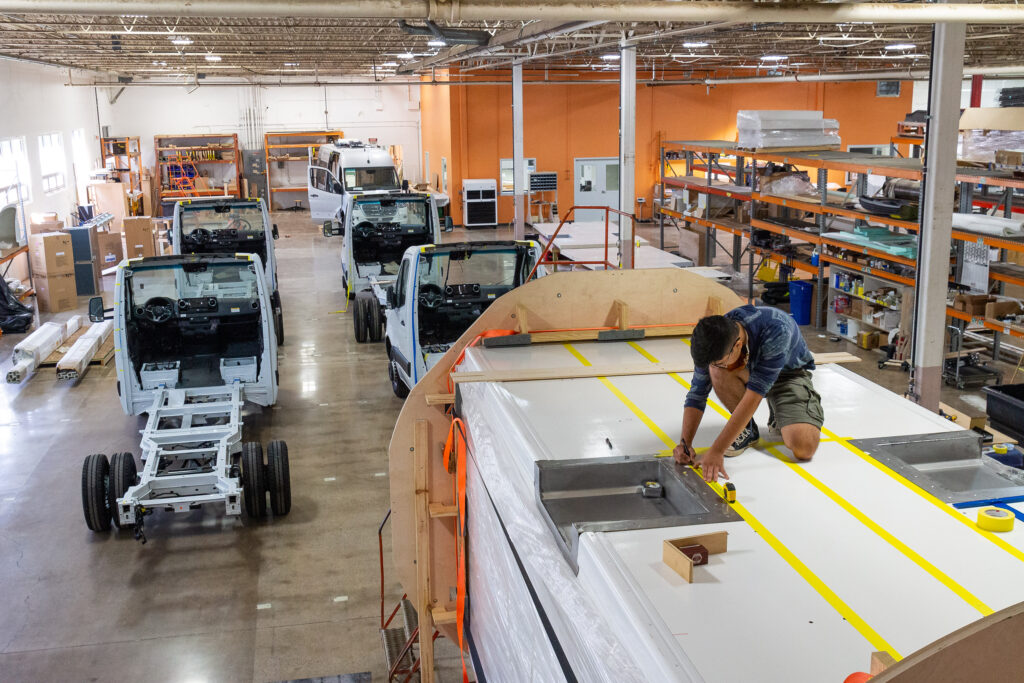 With his background in building houses for flood victims and in underprivileged communities, it didn’t take long for Rey to become a key member of ARV’s production team.

Rey began as a helping hand, installing cabinets and cutting panels, before taking on a host of independent projects. He designed and constructed compressed-air lines in the facility and reinforced building pipe infrastructure. He was a key player in bringing our B Box prototype to life as he tapped the box’s floors, installed aluminum bracing, and cut roofs.

Rey just graduated from Auburn Career Center and will begin studying Architecture at Kent State this fall. “I like designing things and I like building things,” he says, “It’s engineering with an artistic twist.” 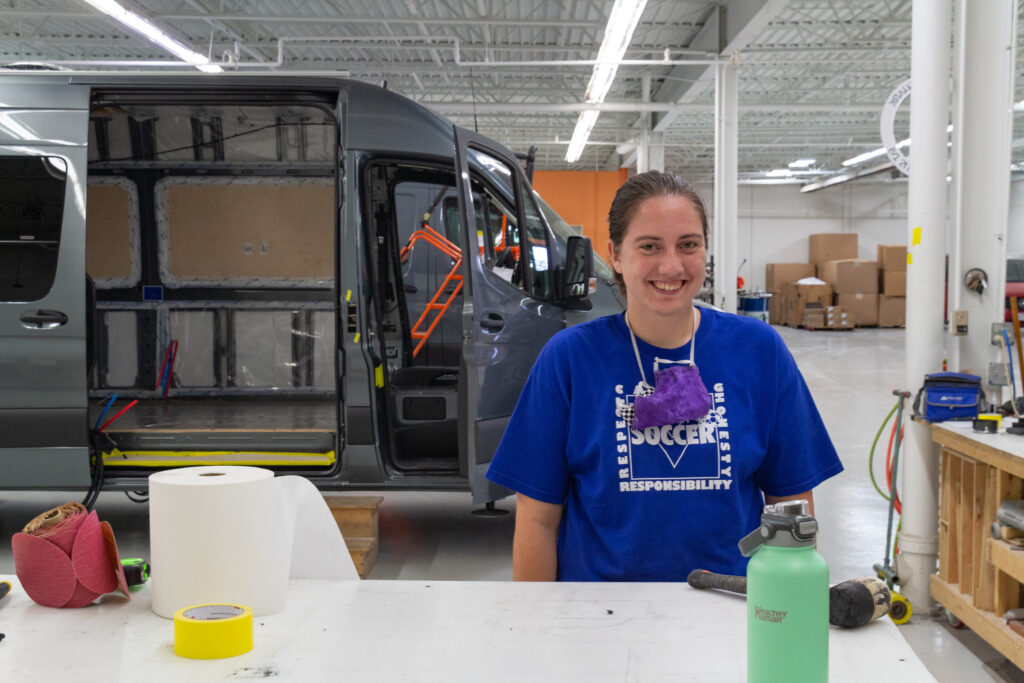 Catherine’s impact on the ARV team is best summed up by Patrick, who leads the Pre-Cab station where Catherine worked this summer; “Catherine was wonderful and handled anything I threw at her. She gives me hope for the future and our youth.”

In Pre-Cab, Catherine performed the foundational work necessary to begin a van build. She quickly learned how to install sound insulation, thermal insulation, flooring, windows, and wiring harnesses, all while doing her homework at lunchtime.

Catherine is studying accounting at Kent State University. She just finished her undergrad and will beginning a Masters program this fall.

Like her name suggests, Summer is a ray of sunshine and a warm addition to the team. A self-described “Old Soul”, you’ll often find Summer singing, moonwalking, or twirling her baton.

Summer has been working in the Finishing department, where what started as an internship quickly became a full-time position. “This has always been a dream of mine,” she says, “I’m learning how to make a van pretty.”

The dream began last year, when Summer happened upon a 1966 Serro Scotty RV and began her own restoration project. She spent the next six months painting it, designing cushions, and fixing damage. She then applied her developing skills to remodeling a firetruck for a charity organization, and then to her work here at ARV.

Summer just graduated from North Coast College with a degree in Interior Design. Next for Summer is a certification in Feng Shui. “I’m drawn to the movement of energy. I want physical spaces to elicit an emotional reaction.” 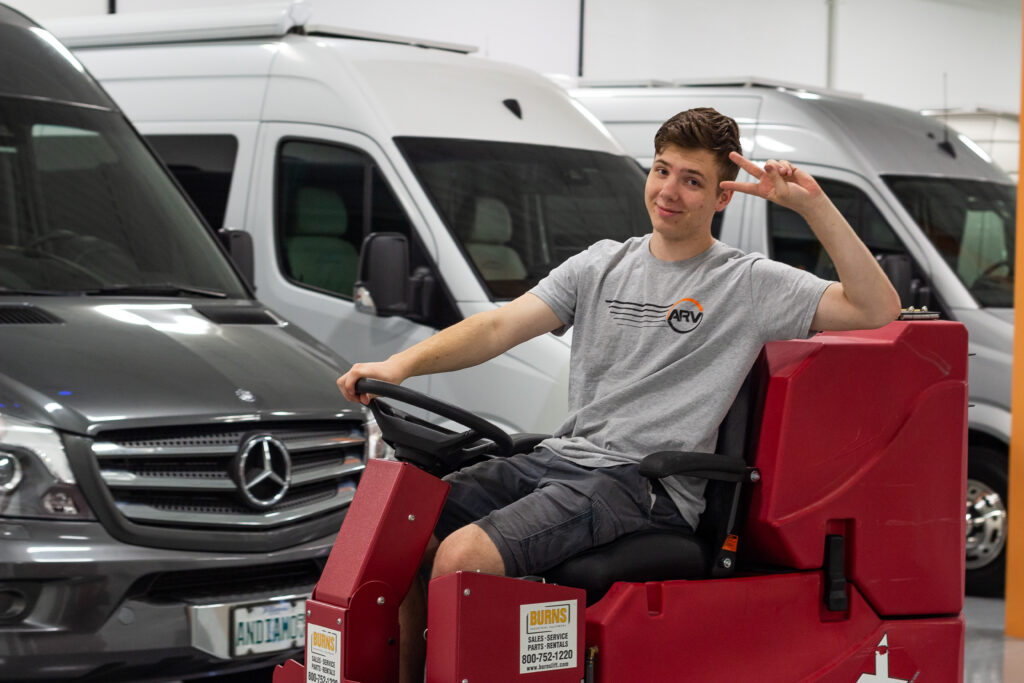 John’s positivity and thoughtfulness contributed as much to the team as his work ethic. This is saying something, because John was tasked with taking over an ARV employee’s shipping and receiving role in only a few days.

He handled the transition and assumed a variety of responsibilities, from material handling to facility maintenance and van detailing. “I liked my summer here,” he says, “I learned a lot from men and women who were experts in their field.” 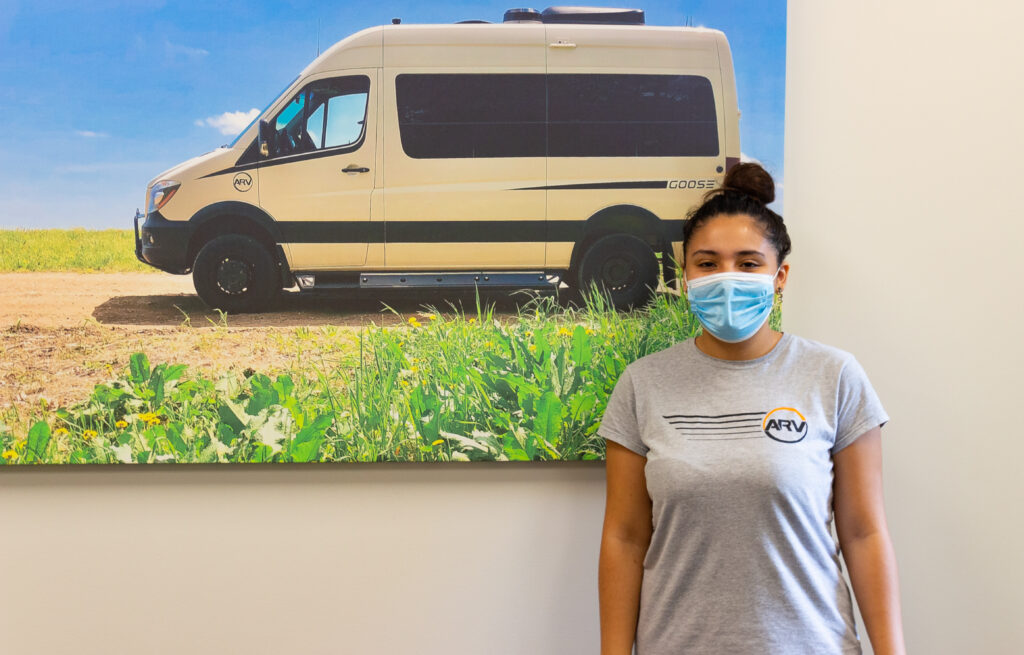 Demie arrived in Willoughby this summer, the culmination of a multi-year journey to the United States. She is the daughter of Mariela and Alex, the master upholsterer we hired from Italy.

Originally from Peru, Demie and her family moved to the states from Rome, where she spent several years studying the tourism industry. It’s a world she’d like to continue to explore as she begins her new life here. She starts her last year of high school next week, and is eager to learn English through books and conversations with others.

We’d like to thank Demie for her role in keeping the facility safe during the Coronavirus outbreak, cleaning and disinfecting surfaces in common areas. She also cleaned many vans ahead of their deliveries. 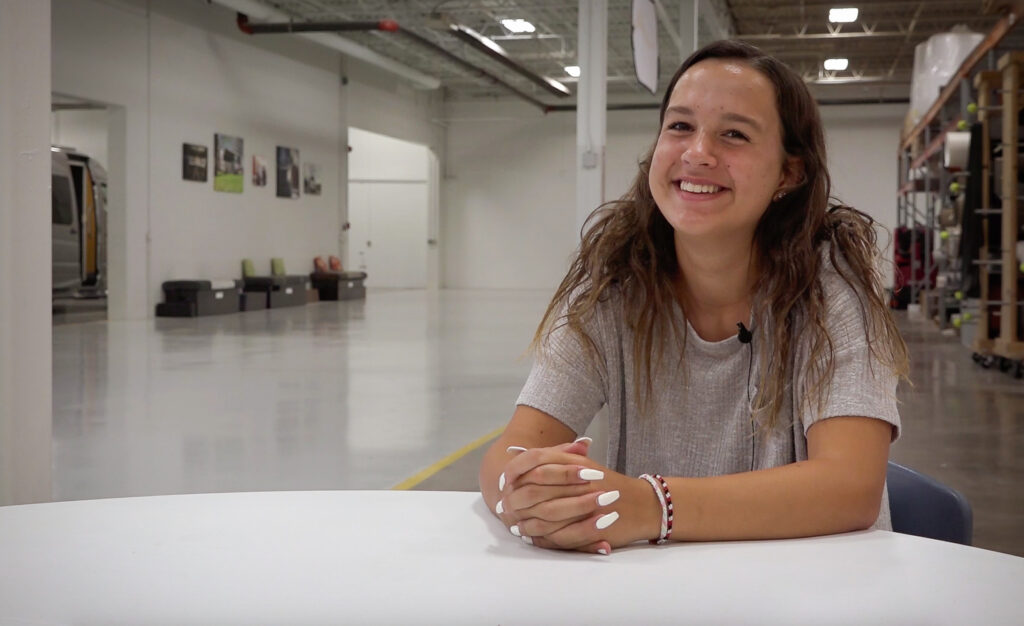 Angela has long been a staple of the ARV team. She’s spent three summers here and routinely helps out during special events and at our annual Fest. “We love Angela”, says Tricia of the client communications team, “She’s kind, resourceful and creative.”

Angela helped in a variety of areas this summer, including ARV’s rental program. She prepared vans for our clients and created brochures that list activities and locations to explore. In addition, Angela cleaned vans for delivery and helped man the phones.

Angela is starting her senior year of high school and looks forward to attending college in the future. She enjoys music and plays clarinet for her school’s marching band. 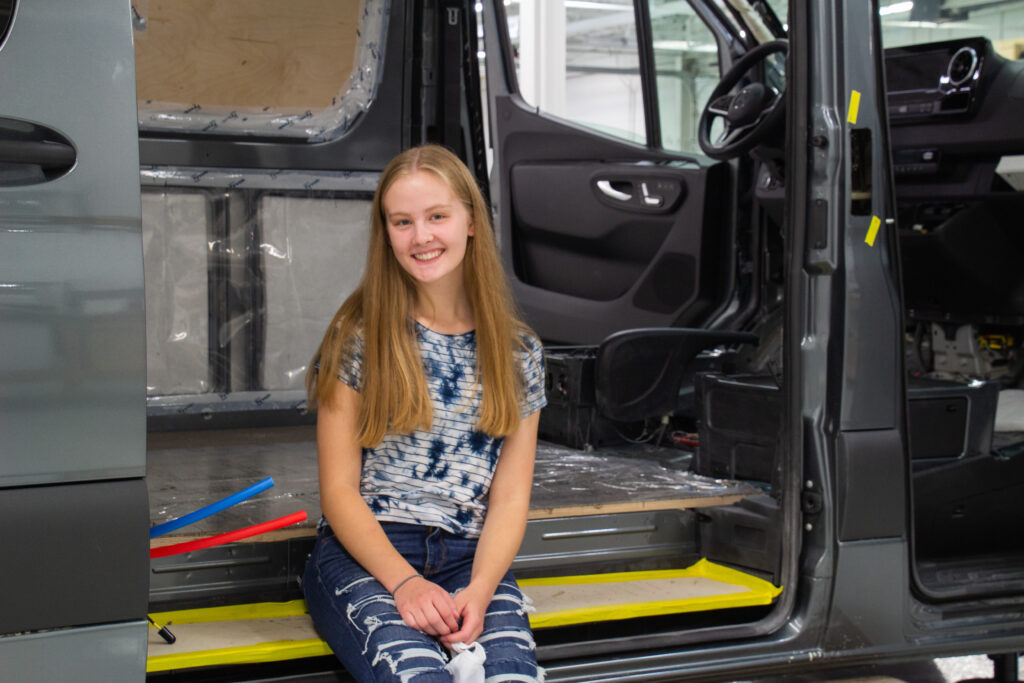 Johanna worked in Pre-Cab alongside Catherine and Patrick. She was quick to jump in and remove OEM trim, lay insulation, and apply vapor barriers to vans as they entered production.

“Johanna was a breath of fresh air,” says Patrick, “She was a sponge. It was a treat to see her absorb all these new skills.”

Johanna also led a summer-long inventory project, working with Catherine to ship leftover fabrics back to our clients or donating them. She did all this in between basketball practices! Johanna will be starting her sophomore year of high school this fall. We’d like to thank her for all her hard work this summer and at our Fests in years past.