Bringing RunAway Back to ARV – My Journey From Rochester

Last weekend I (Mitchell, ARV Media) went to Rochester, New York to retrieve RunAway, a 2016 build that Advanced RV is repurchasing, servicing, and making available for rental/sale. The trip allowed me to meet the previous owner and hear about his memories in RunAway, as well as form some memories of my own.

Mike and Marcia Neundorfer, the original designers, wanted RunAway to feel open and relaxing. Their design, combined with the super-high roof (an option Mercedes no longer offers), certainly provided that atmosphere for me. If you’re interested in the van, you can find the specs here. 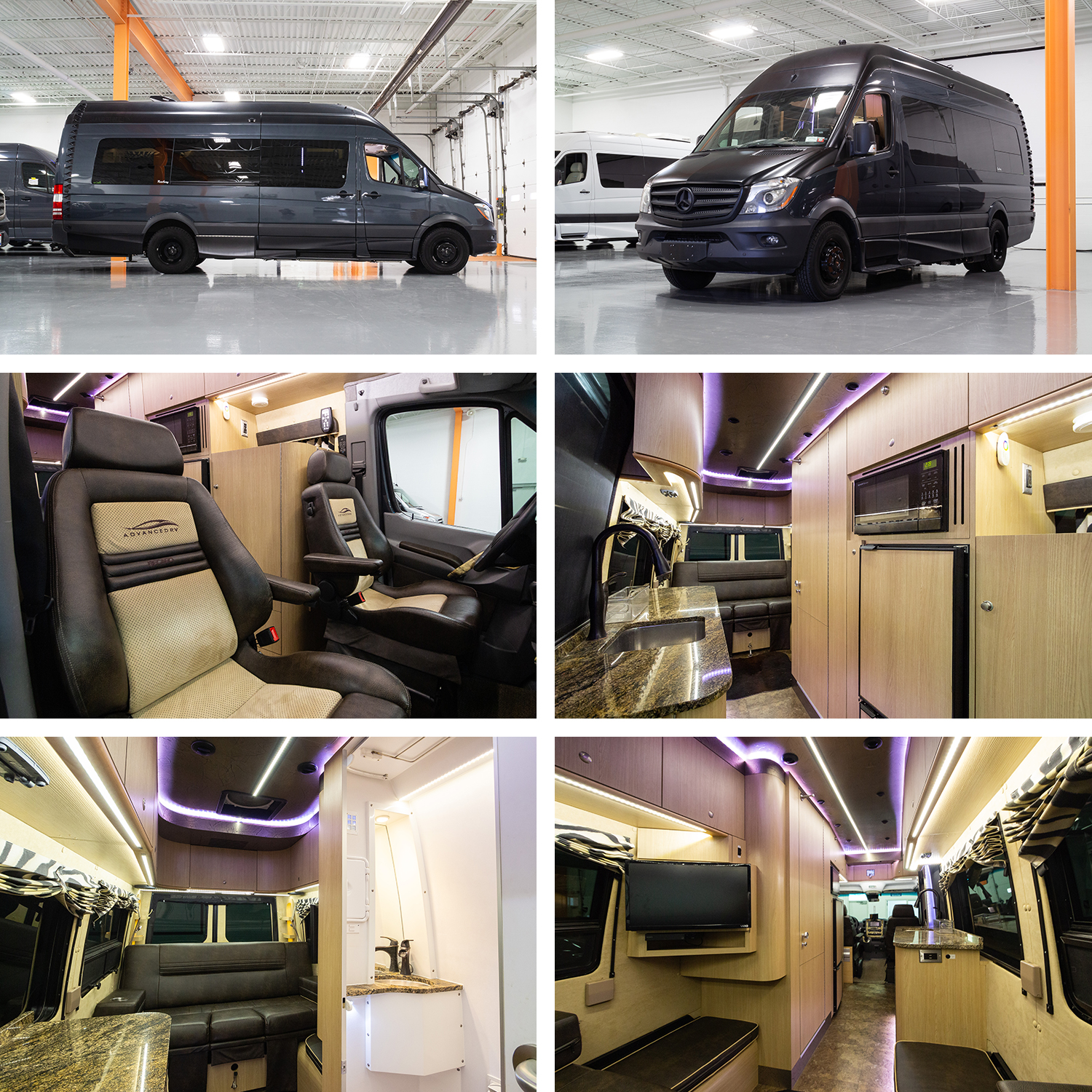 My friend and I left for Rochester early Saturday morning. We approached the client’s home several hours later to see that he had prepared RunAway for us in his driveway. We received a quick tour and began to learn about his and his wife’s time with the van. This was a bittersweet day; health issues meant that they couldn’t travel in RunAway as much as they wanted, and they had decided someone else could make better use of the vehicle.

The client told me about his and his wife’s voyages across the continent, travels through Canada and all the way up to Alaska. He told me about nights in campsites, cities, and truck stops. He shared that, for him, the act of driving brought him as much joy as reaching the destination. It is my goal to enjoy my travels like he and his wife did. 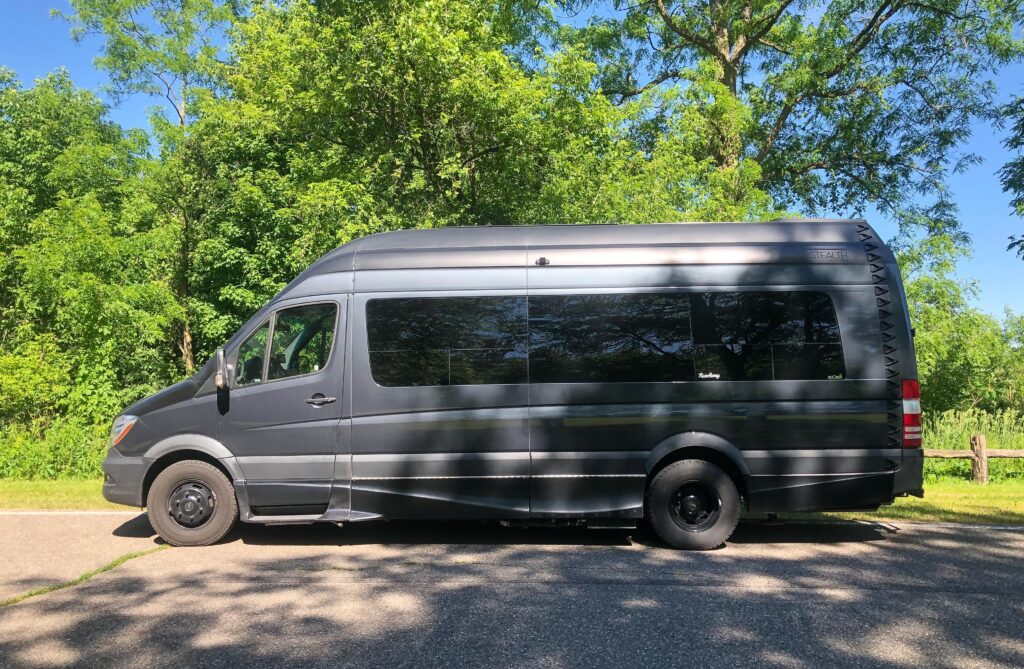 We said our goodbyes and began our trip home. The first stop was Letchworth State Park and its beautiful trails and waterfalls. Only an hour from Rochester, it was the perfect place to spend the afternoon. The views were spectacular and the trails were clean and accessible. One day I hope to return to do some biking and kayaking. 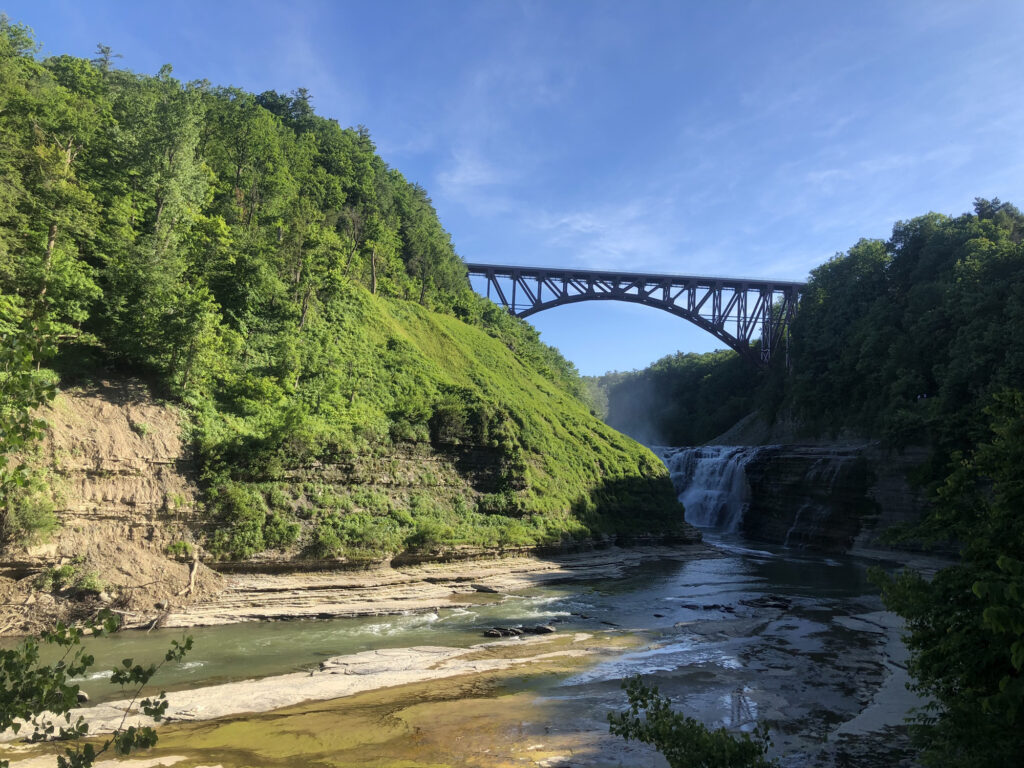 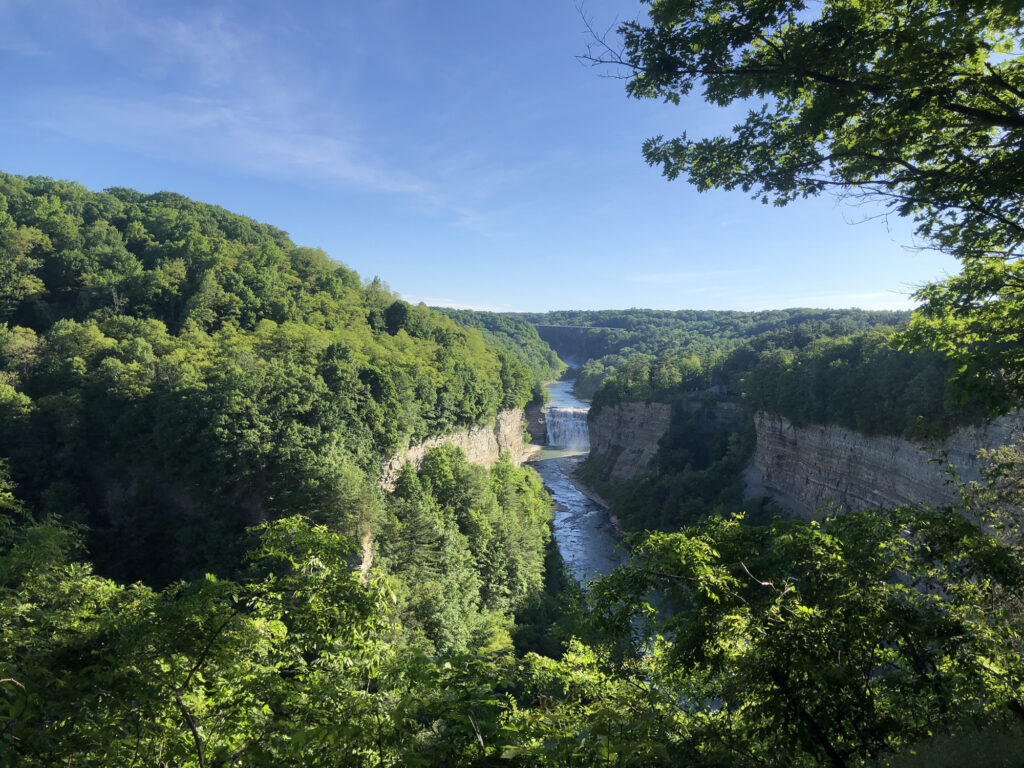 After Letchworth, we made our way to Warsaw, New York. The small town’s restaurants were just beginning to open again, so we ordered pizza and settled into a parking lot for the night. As someone who mostly RV camps in parks and nature, I was pleasantly surprised by how comfortable I felt staying in a more public place. We deployed the levelers, spread our blackout privacy curtains, and enjoyed our evening.

We headed for Cleveland the next morning, determined not to use any highways. We stopped at Jamestown, with its timeless brick roads and riverwalk, before continuing to wander through New York and Pennsylvania’s backroads. 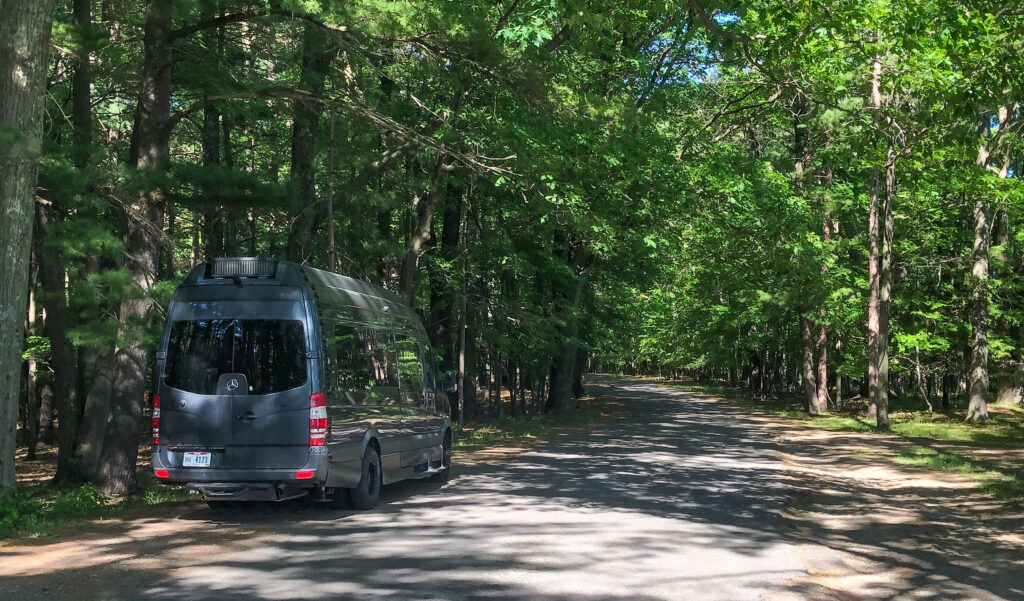 The ride home was beautiful. The hills and towns of the Amish countryside reminded us of the world outside our normal hustle and bustle. Our trip aligned with the spirit of our client’s, that the simple moments along the journey are just as important as reaching a destination. I’m confident that whoever has the pleasure of traveling in RunAway will share in that experience. 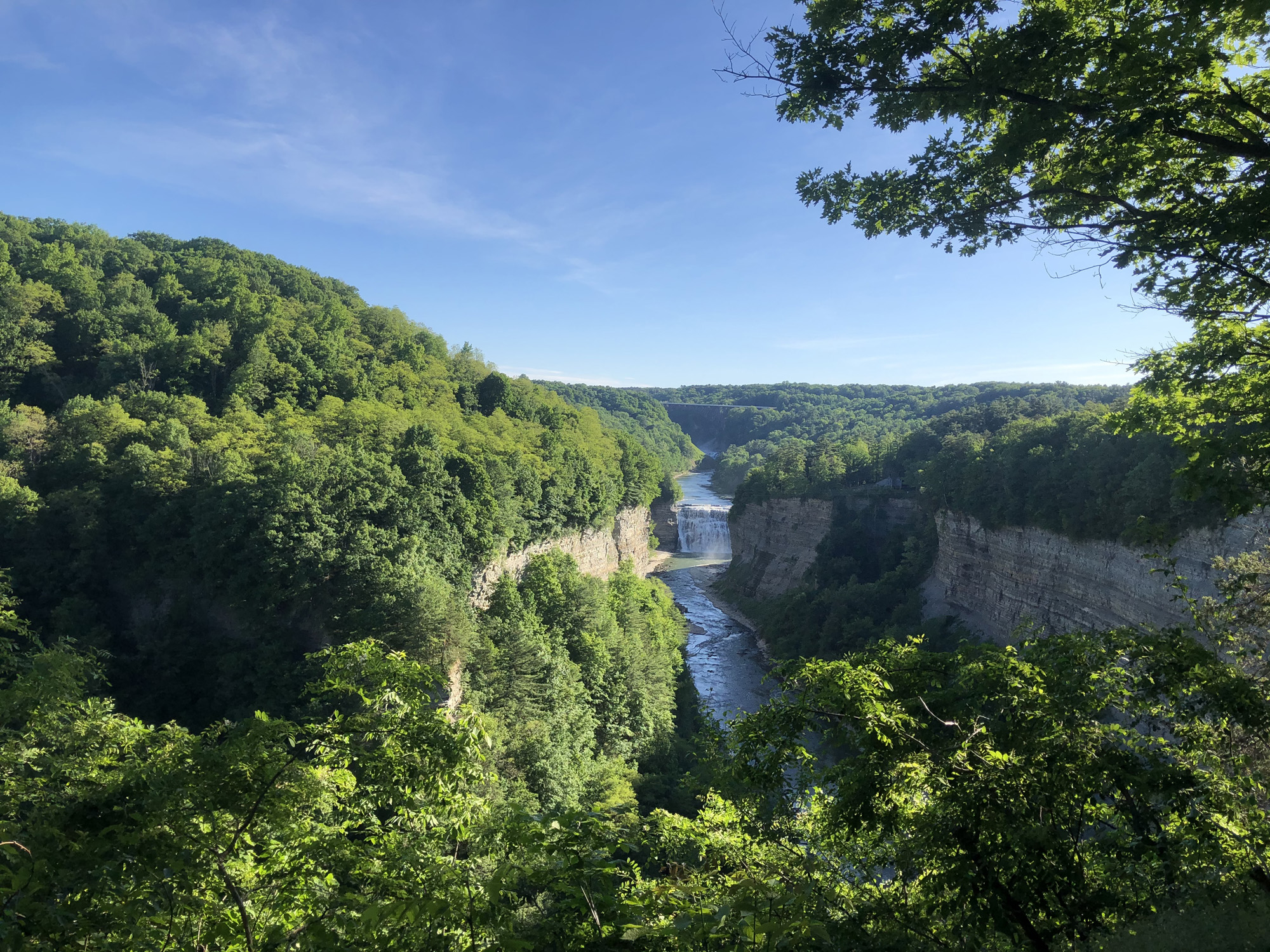